1969, the first year of the Richmond Hill Winter Carnival, was also the year that the Beatles begin recording the Abbey Road album, Richard Nixon was inaugurated as US president and Niagara Falls was dry for six months when US engineers re-routed the river to make repairs required due to two large rockfalls.

The Richmond Hill Winter Carnival Elementary School Hockey Tournament , which runs for two weeks before the Carnival weekend, has held the Junior and Senior Finals on the Mill Pond on the Saturday of Carnival every year that Mother Nature gives us enough ice. In 2018, we switched to having the Semi-Finals and Finals held in arenas right before Carnival, with medals presented on Carnival Saturday. Some of the participants in this year’s Tournament have parents who played in the Tournament when they were in elementary school!

The Sunday morning World Famous Winter Carnival Pancake Breakfast attracts almost 1000 hardy souls to the Main Tent every year … that’s a lot of pancakes cooked up by the Richmond Hill Progress Club every year. Some of the grandparents who now attend the Pancake Breakfast starting coming when their own children were just toddlers… those pancakes must be something else!

For over 20 years, the High Times Skydivers were jumping out of planes and amazing us as they swooped down and land on the Mill Pond twice on Carnival Saturday and twice on Carnival Sunday (weather permitting). There were only a handful of places where you could see skydivers coming down in the winter, and almost none of them allow you the experience of having the skydivers come down right over the crowd and on to the ice as they did at the Richmond Hill Winter Carnival.

The Richmond Hill Winter Carnival Pond Hockey Tournament was a long and proud tradition of “hockey as it was once played”. There were no face-off circles. In fact there were few stoppages in play, except when goals were scored, the puck got out of bounds or a player was called for an infraction. There were no goalies, leaving the job of protecting the 6′ by 8″ nets up to the defense. It all added up to an exceptionally exciting brand of hockey! In 2018, we introduced Adult Road Hockey as an off-ice alternative.

The Bed Races on the Mill Pond were a long standing tradition at Winter Carnival. Four people to push and one to ride .… how hard could it be? Over the years, a major rivalry had grown up between the Richmond Hill Fire Fighters and York Regional Police… with the St. John’s Ambulance First Responders nipping at their heels! While this was indeed a fun event, in honour of introducing new events and activities, the Bed Races will not be continued. We will have fond memories of our community heroes competing during the Bed Races.

No one is quite sure how many years the Lou Moore Band has headlined on the Main Stage at the Winter Carnival… but it has been more than a few. Lou and his band are local favourites and you can almost always count on a few folks dancing in front of the stage when Lou and the band get rocking. As part of a full program of entertainment on the Main Stage, The Lou Moore Band represents a solid link to both our Carnival past and future.

For many years, the Sub-tonic Monks Zoosemobile had been a Winter Carnival fixture on the Mill Pond (or on Mill Street when Mother Nature forgets to give us ice), filling space and time with a cacophony of sound. The Zoosemobile was an interactive drum sculpture that is entirely made of recycled materials. Phil Sarazen was the master mind behind the design and creation of this welded metal moving drum machine. Weighing over a ton it is still whimsical and floats along capturing audiences of all ages. Like the Bed Races, this event was retired in 2018 to make room for other exciting events and activities. 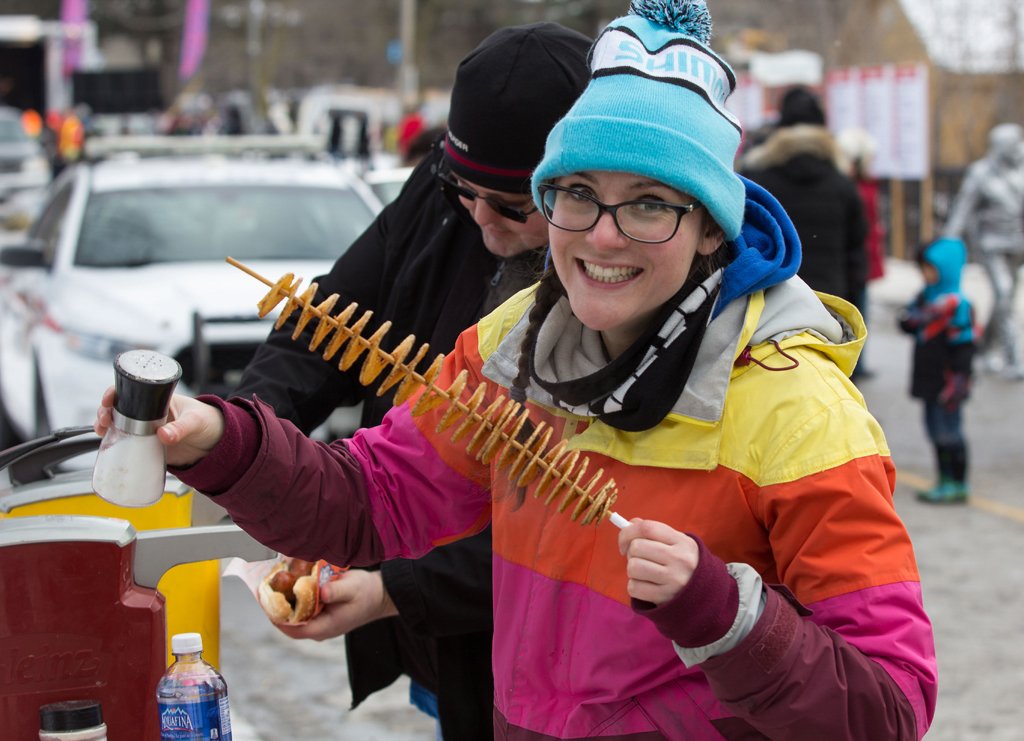 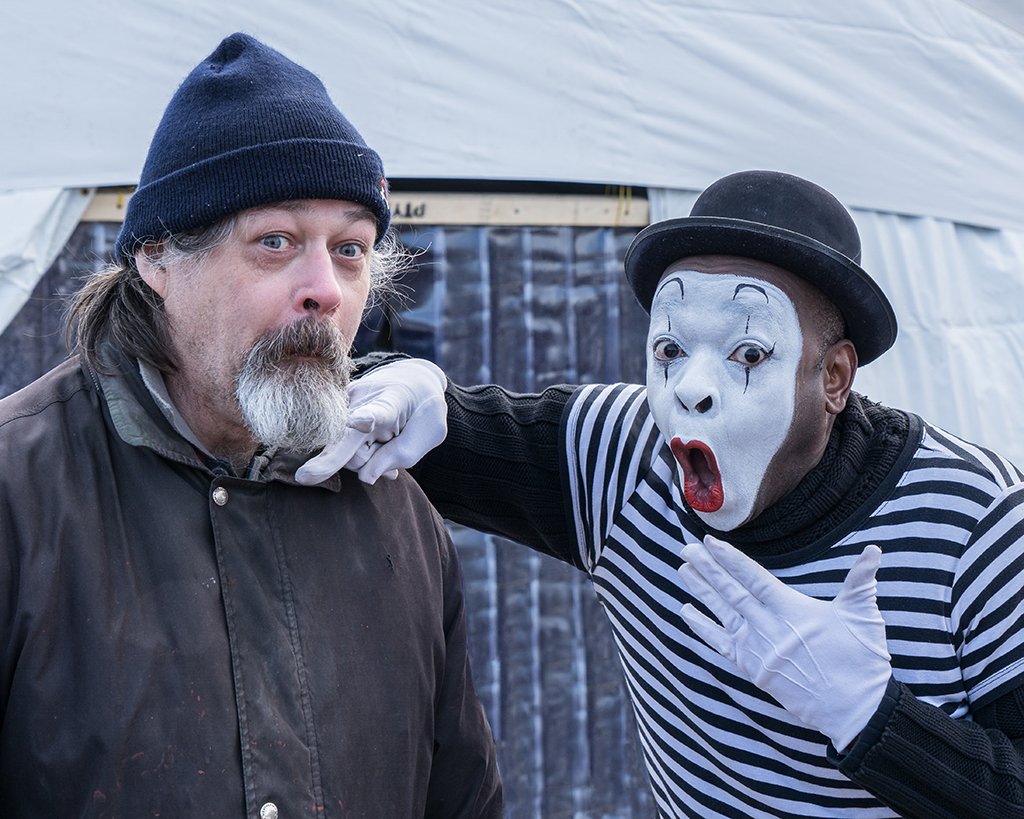 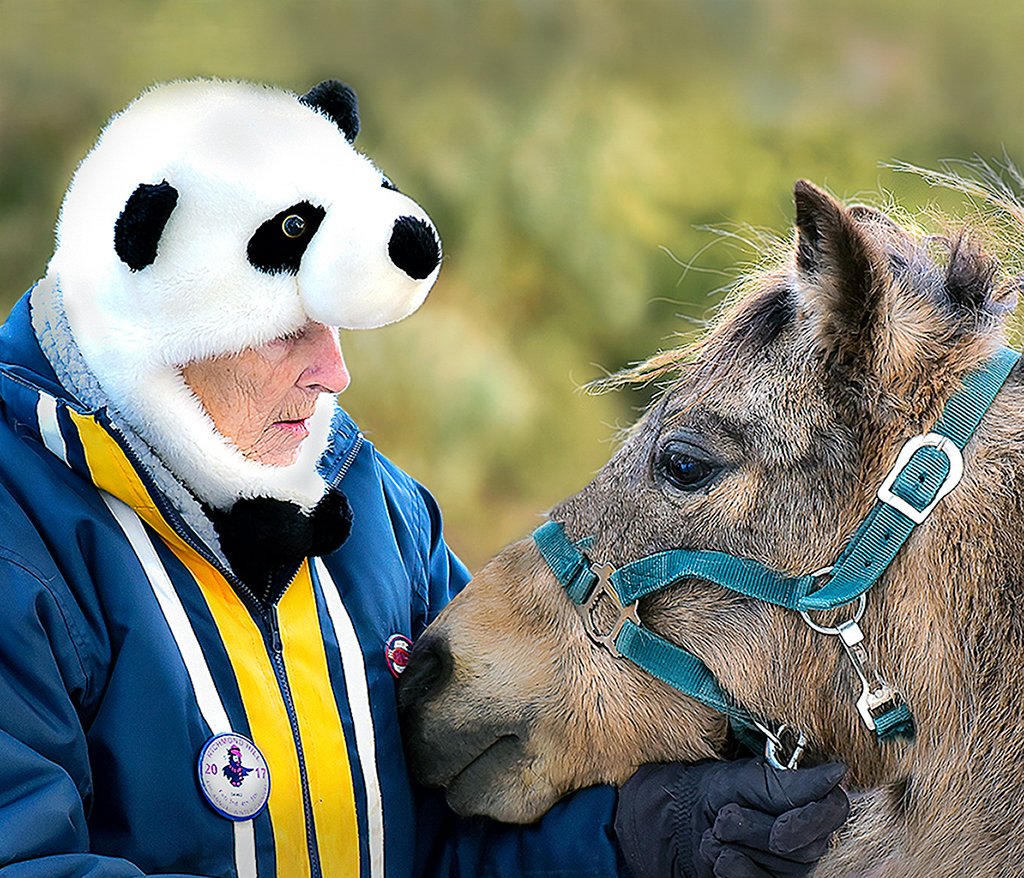 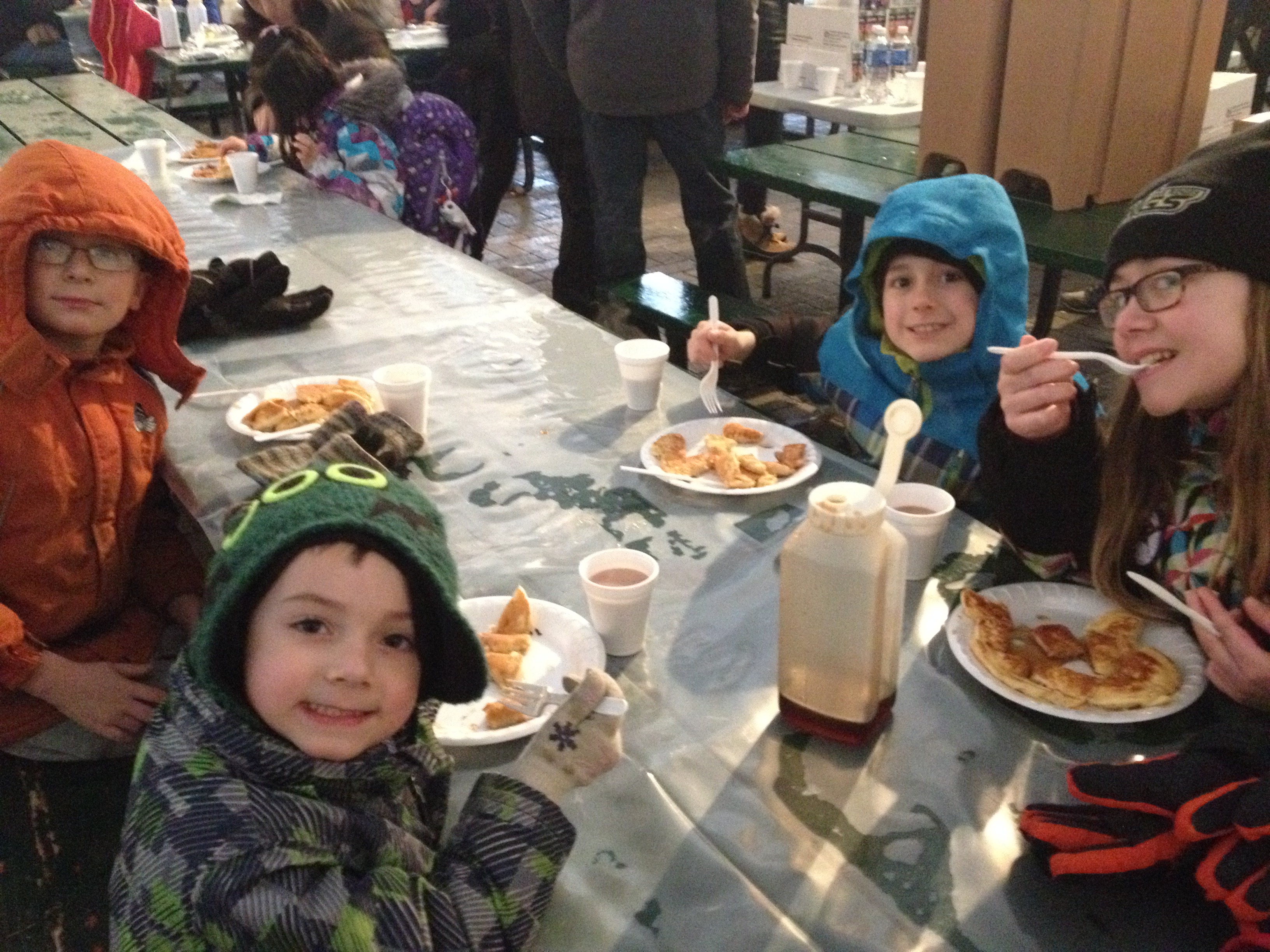 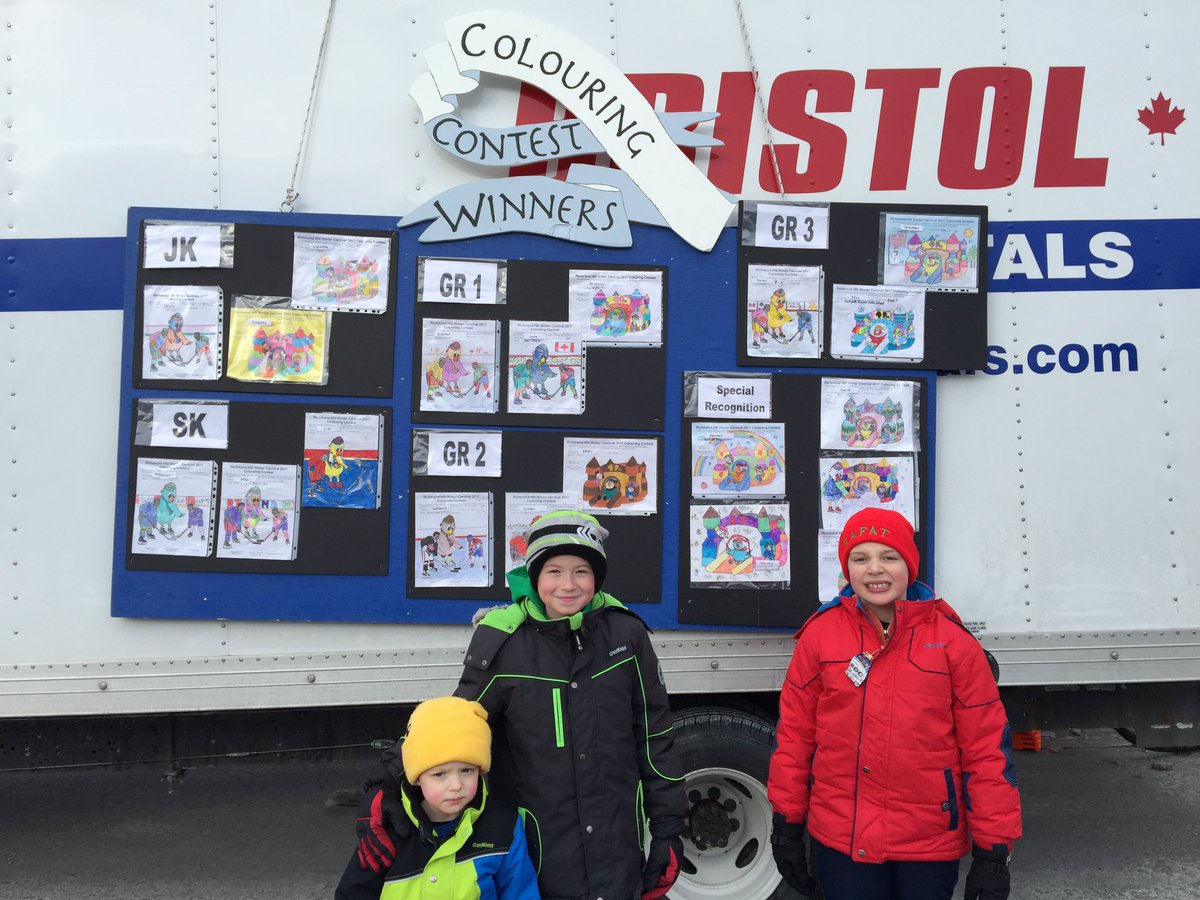 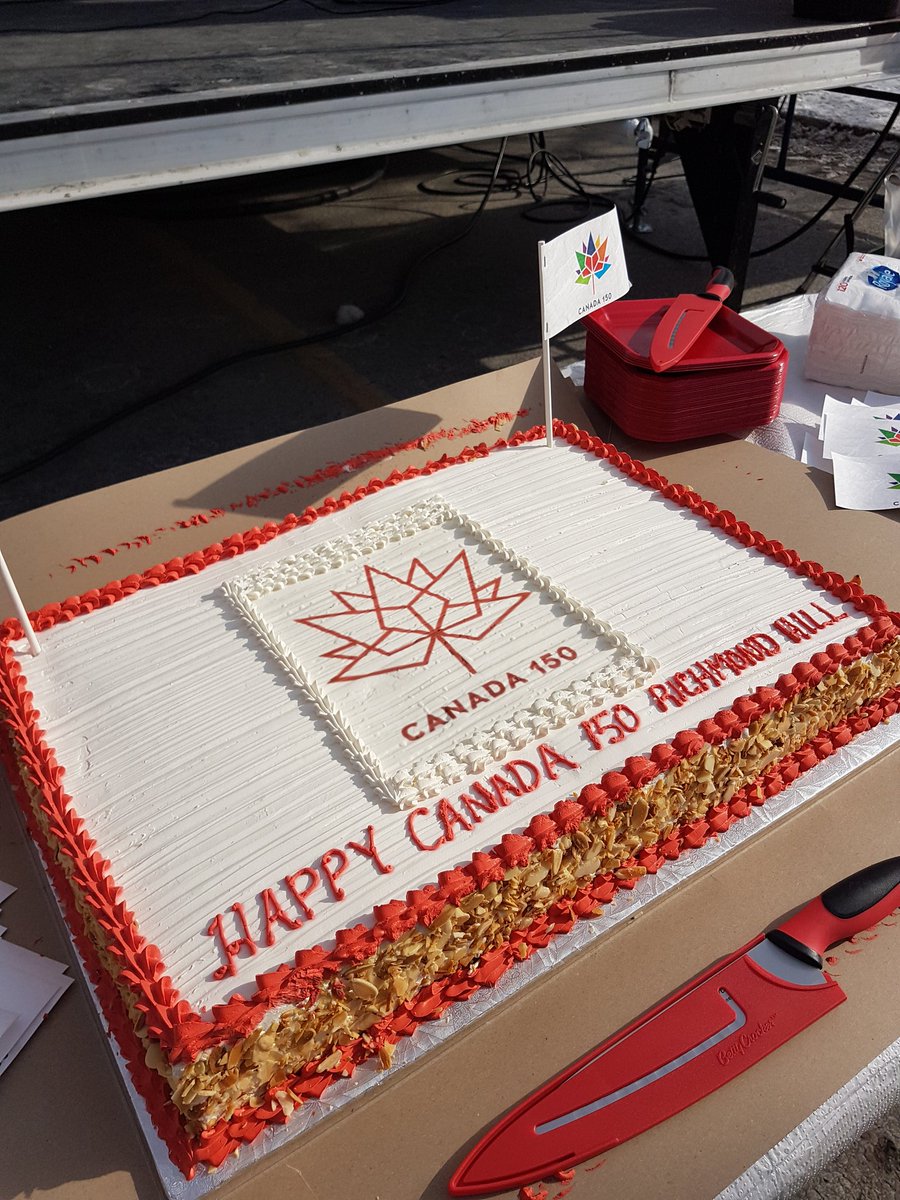 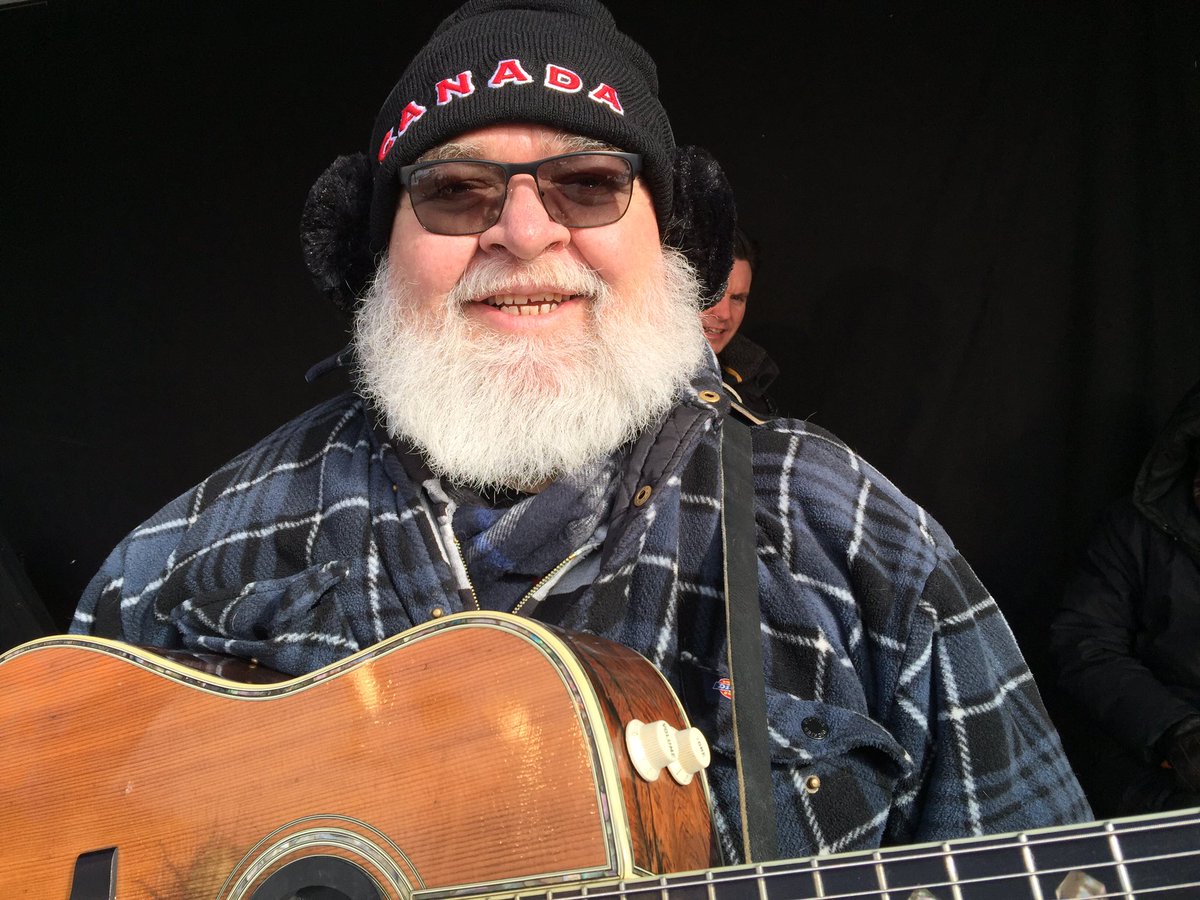 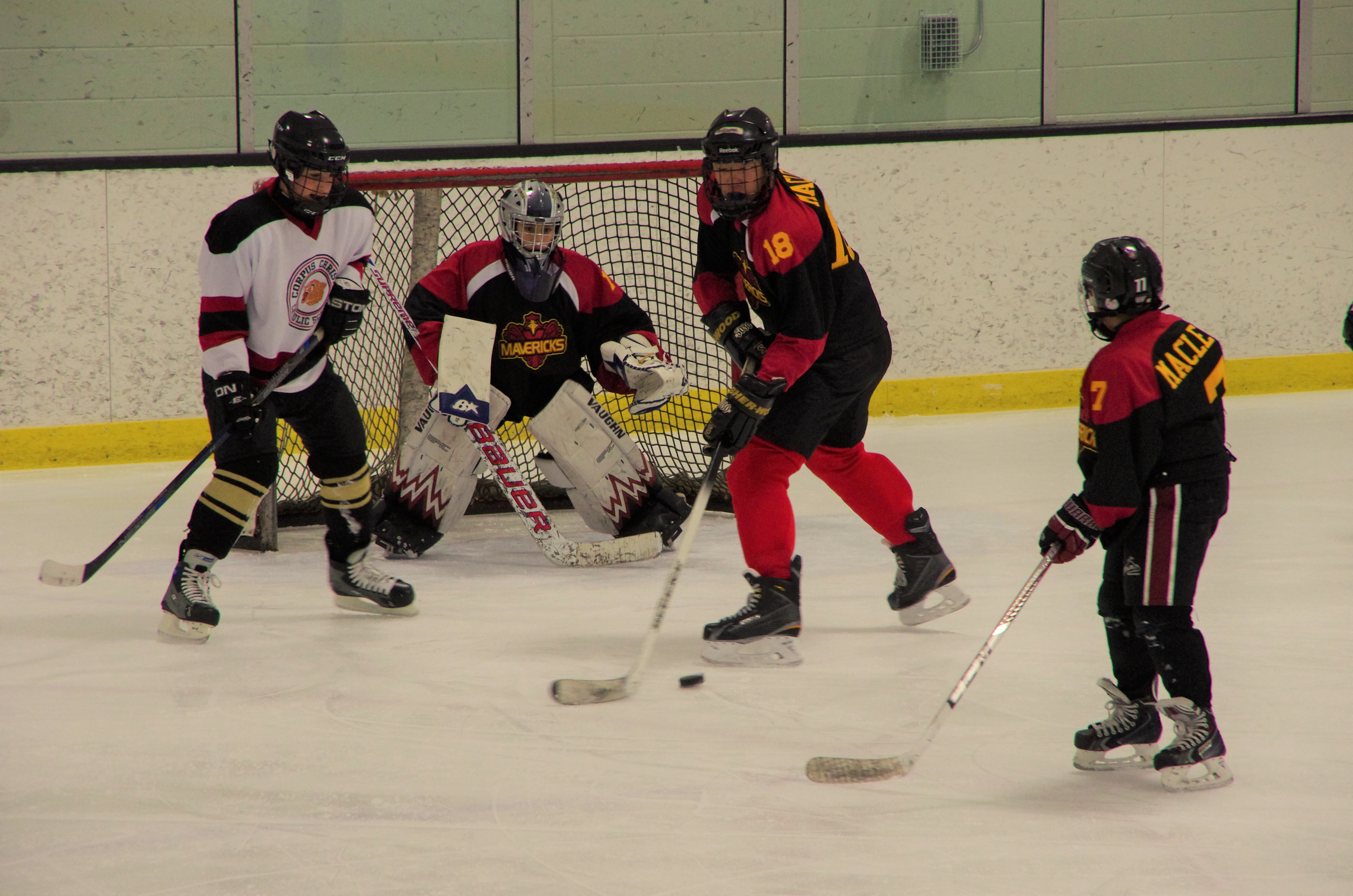 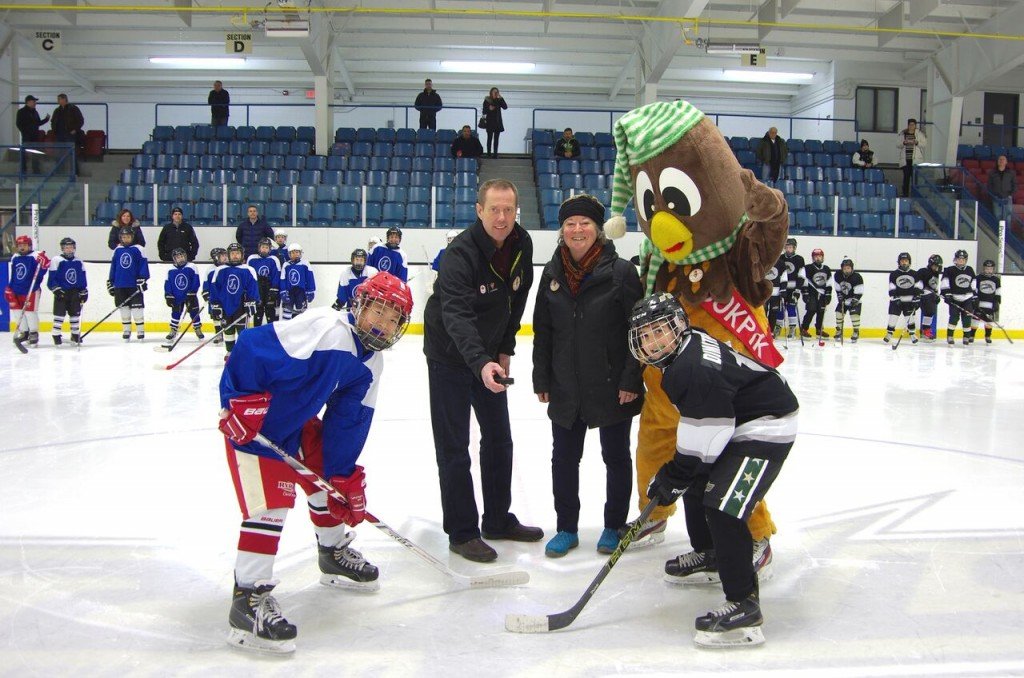 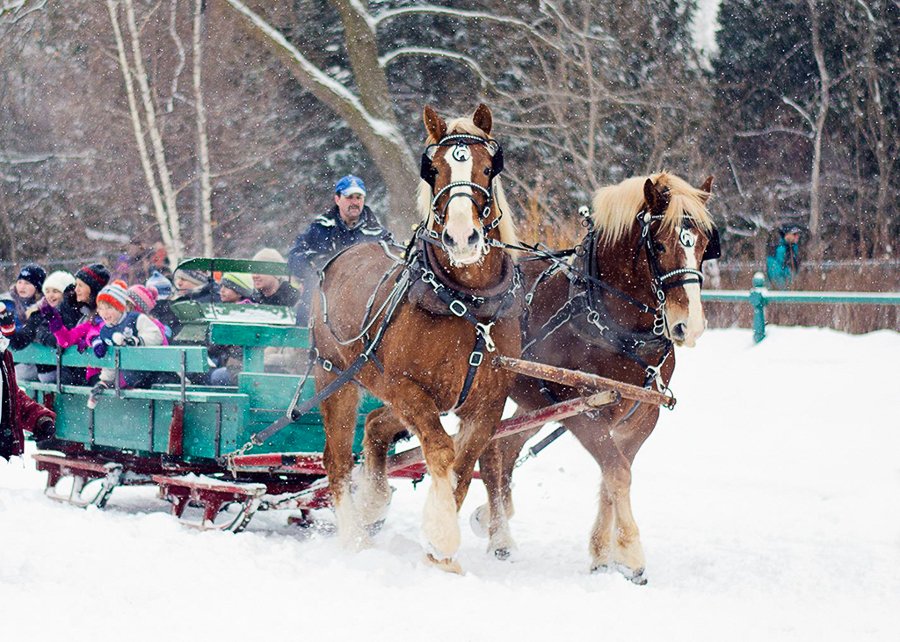